And how perfect that her birthday came around just in time for the Bologna Children’s Book Fair. The fair showcased many new books that will be out this year in the children’s and YA genres. As the next week comes around, commentaries for next year’s predictions for children’s and YA will be predicted and out for reading. In addition to all the new books, children’s awards were given out this week to very talented author, Meg Rosoff: 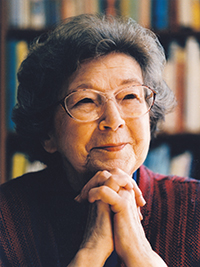 Pic: Beverley Cleary Born 12 April 1916
In the children’s publishing world Bologna Children’s Book Fair is the big date on the annual calendar. It is just finishing as I write so all the commentaries about the fair will be out during the week. However
Publishers Weekly has a day one impressions piece. In other Children’s Book News, today the brilliant  Meg Rosoff  won the Astrid Lindgren Children’s Book Prize (the Little Nobel) for her career achievements.
This week Hugh Howey gave an interview for DBW where he set out in his forthright way what the publishers should be doing now and into the future.
Mike Shatzkin, who programmes the DBW conference, then replied in his forthright way where he thought Hugh was right and where he thought Hugh was completely wrong.
Both of these articles are good reads. As always read the comments where you get a fuller sense of the conversations around both points of view.
Two people who have much to say on publishing and writing are Kristine Kathryn Rusch and Dean Wesley Smith. They both keep a sharp eye on the industry and have tremendous business smarts.
Kris is starting a new Business Musings series on Contracts and specifically deal breakers in contracts. Kris starts out by saying she was hoping that contracts would have improved in the three years since she wrote her book on Contracts but sadly they haven’t. With Author Societies calling for fairer contracts in the US and UK, writers need to keep these posts in their must read list.
Dean has a tremendous work ethic and works hard at explaining the writing business. He doesn’t suffer fools and has nothing to prove to anyone. This week he was a little taken aback when he was accused of devaluing the novel art-form because he wrote a novel in a week. Riiiiight.
Joel Friedlander is another publishing practitioner who has a must read blog. This week he looks at what Self Publishers can do when they find their books have been pirated.
Nathan Bransford still has interesting things to say about the publishing business. This week he comments on a New York Times article about focus groups being asked to read unpublished novels and mark where they stopped reading so the publishers can figure out how much money to spend on
marketing.
In the Craft Section,
Making your plot less episodic– The Editors Blog-Bookmark
Making a series outline– Better Novel Project-Bookmark
Storyboarding your novel
Dramatic momentum or End of Chapter buttons-Writers in the  Storm-Bookmark
Beginning your story with setting
Crafting a compelling story
How to write an epilogue that works- KM Weiland
5 steps to take before you start your next story
In the Marketing Section,
Joanna Penn on changing book titles and covers.- Bookmark
Lindsay Buroker on finding more categories for your keywords
How to pitch non fiction influencers to get your book noticed
Promote a new release by marketing a series-Megg Jensen-Bookmark
Things to think about before publishing.
BadRedheadMarketing AKA Rachel Thompson on her top author marketing tips
To Finish,
This coming week Beverley Cleary turns 100 years old. Her books have touched the lives of millions of children around the world. We all love Henry and Ribsy, Beezus and Ramona and a whole cast of characters from neighborhoods just like ours. She has had a remarkable publishing career which started when one little boy marched up to her library desk and asked ‘where are the stories about kids like me?’
Maureen
@craicer