Its seems that the battles between Amazon and book publishers are still ongoing.

As HarperCollins begins to step up to fight Amazon, we can expect more virtual book lockouts for this upcoming publishing year. Here are your weekly updates from our Publishing News Roundup Series: 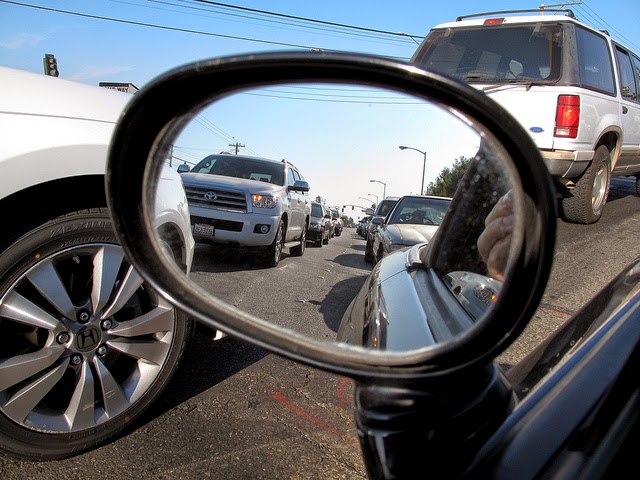 Pic from Flickr Creative Commons/ Robert Couse Baker
This morning the word went out HarperCollins is the next big publisher to fight with Amazon.
So will 2015 have the flavour of 2014 with the virtual book lockouts, impassioned pleas for support and authors being left the worse for wear in the battle of the publishing behemoths? One of the sobering takeouts for anyone watching is that it is not the publishers bank accounts that get hammered. It is the authors and their careers. For authors to have a book not visible online hurts sales… which means their next book becomes a harder sell, (despite what the publisher might say to the contrary.) This hurts their future earnings/career.
In the children’s publishing world Bologna is the rally cry.
The biggest children’s book rights fair in the world and the news is all gelato and where the agents missing bathrooms are on Twitter.  Despite Bathroomgate, everyone is upbeat. The world wants middle grade. Yay. Even middle grade space! I have a drawer full of manuscripts…
Another class action suit has been registered against Author Solutions, which is OWNED by Penguin Random House. And still there is a deafening silence by publishing journalists to expose this company. Could it be that every big publisher has their fingers in this pie…
For the last three years I have been noticing the claim that Book Apps are just around the corner… not the next corner, the one after that. Here it gets stated again in several places this week. (Must be the Bologna effect.) If only we had partnerships... author/ illustrator/ app designer. Maybe the time has come.
The time has come to move on for self publishers says Porter Anderson. In his usual thought provoking way Porter looks at all the arguments around self publishing and how the mindset holds back the author.
Inspirational as ever, Hugh Howey also checks in with his take on being a SP chump.
Elizabeth Spann Craig finds out her traditionally published series is at an end. When you know it is time to move on… whole new publishing life coming right up. Take some time to read the comments on these articles. There is lots of extra insight into how these decisions get made.
A couple of years ago… I talked in my blog about an interesting marketing concept; Downloadable e-books on those plastic gift cards as a point of sale display, just right for the impulse purchase at the bookstore counter.  There were several companies looking into producing nifty stands of these for publishers. Another company has joined in making this a marketing reality but with short run cards that will appeal to authors.
In the Craft Section, (all of these are bookmark worthy)
7 habits of highly successful writers
6 monstrous ways to turn a so so story into a great one
Your books inciting incident may not be what you think it is
4 tricks to give your hero an upgrade
7 rules of picking character names
7 qualities of high concept stories
How to trademark your writing style.
In the Marketing Section, (Every one of these a book mark post)
Sam Messingham has the article on using Twitter effectively.
Marketing 101- Creating a strategy –Jami Gold
Things all author websites need to have.
Crowdfunded publishing– Jane Friedman
Author and book marketing starts with you –Joel Friedlander
Website of the Week
Not really a website more like a phenomenon!
The Creative Penn or Joanna Penn has made such an impact on sharing her journey in real time as she negotiates new publishing landscapes that it is hard to imagine the blogosphere without her. Her website is packed full of information. She has a popular podcast and her books are best sellers.
Bibliocrunch caught up with her to ask the five important questions  about her publishing journey. And if you check out her latest podcast interview she is talking with an audio marketing expert. It is, as usual, packed full of information and as Joanna acknowledges this is a must for writers to look at with so many car makers enabling in-car podcast radio as their latest feature.
Bet you didn’t see that coming.
To Finish,
Getting books in libraries is a big thing for Authors. It means visibility, more people reading your work and sales down the track. Now authors are being encouraged to make their Indie e-books available to libraries.
Check out the nifty infographic.
Maureen
@craicer