Harper Lee’s sequel for To Kill a Mockingbird broke some first day sales records this week.

In other news, Paul Dale Anderson tells writers how they can figure out what time of writer they are. Read more about these topics as well as others on this week’s Publishing News Roundup series below:

Transparency and The Muse 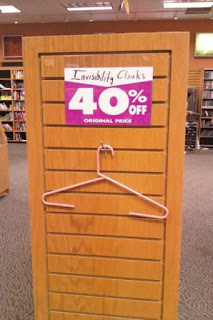 Last week I was writing my blog from my writing retreat where I wrestled with The Muse… the Manuscript and the madness of Editing while writing while analysing three books. Next time I will schedule my time better…  (cue manic laughter.) This week back inside the madness of school holidays, I’ve finally wrestled the computer out of the kids hands and can concentrate on getting back up to speed with what is happening in the publishing world.
Today Harper Lee broke some records on First Day sales of a book. Her sequel, Go Set A Watchman which was really her first book which was then rewritten to be How To Kill A Mockingbird has got writers thinking about their own literary estates… should bad first books see the light of day even when you are famous… publishers just after the money… or this great post from Stephen Pressfield on the amazingness of Lee’s editor and Lee herself that she could flip this book on its head and write HTKAM from it.
Writers are beginning to report on what hit (if any) they are taking with the Amazon pay per page read. Molly Greene talks about her stats and what has changed. It is a great service to the writing community to show the money side of your business… and I appreciate the willingness of authors who do this. We all learn and it contributes to understanding and the need for the industry to be transparent….
Which leads to a timely and thoughtfilled post from Kristine Rusch on Transparency and the battles on the horizon. Take the time to read this. She covers the Authors Guild call for the DOJ to investigate Amazon (again????) understanding the writing business and how the music industry battles are preparing the way ahead of us…
This week, The Bookseller’s weekly chat looked at the reports from UK and US that author incomes are falling and the calls for fairer author contracts. One traditional publisher has moved to ebook royalties of 50% and 5 year contracts… is this a sniff of change?
Last week, The Bookseller was looking at why you should charge schools for author visits… something that has been exercising the thoughts of children’s writers everywhere.
The Guardian thinks the pseudonyms are on their way out… we should be able to stand or fall with our own names. I find myself automatically thinking that initials mean a female author.
Paul Dale Anderson explores how you can tell what sort of writer you are… kinesthetic… audio…etc and how you can use these traits to make yourself a better writer…which leads right into Joanna Penn’s great
post on writing habits and productivity…
Book Riot has written a great blog post on the overuse and abuse of The Love Triangle. This device seems to be exclusive to the Young Adult market. Book Riot calls it out as sloppy unrealistic plotting (the teen in this house was agreeing… Not Real Life)
And so to Criticism – should you read those 1star reviews?  Catherine McKenzie has written an interesting post for Writer Unboxed on why you should.
In the Craft Section,
How to create a convincing good guy– A J Humpage
The power of what is left unsaid in dialogue– Janice Hardy
7 tips for balancing backstory– Shannon Donnelly (Bookmark)
Edits vs Revisions – one on one death- Janice Hardy
How to write the passage of time.–  A J Humpage
In the Marketing Section,
Nine things authors should be doing on Twitter
Joanna Penn on Sampling and how it sells books
Publishing Perspectives on Contracts and how you should compare them (From UK Soc of Authors)
Website of the Week
Digital Book World is a website that looks at the big picture of digital publishing. Authors often forget that Digital Publishing covers the whole spectrum of words online. This week DBW have been running a series on the future of publishing. Yes it is aimed at publishers but authors should run their eyes over these sorts of articles to keep themselves informed of what might be coming up behind them.
To Finish,
Chuck Wendig has written a neat post on writing and the power of failure… and there are no warnings on this… just great advice.
And Maggie Stiefvater echoes this with a punchy talk about how much you should want to write.
maureen
@craicer