Publishing News Roundup Series: How Has the Influx of Autumn Published Books Affected the Market?

Will the influx of books being published this month affect the market?

Due to Covid, the past few weeks have seen an an immense growth in the number of books being published in August. Books that were meant to be published back in early spring and summer are publishing now, alongside the already scheduled autumn lists. This has created a huge flood in the number of books available to readers at this time. The plus side, is many people may have more time to read during the different levels of lockdown around the world. The cons bear the writer’s question, how can my book stand out from all the rest?

Keep Calm and Carry On 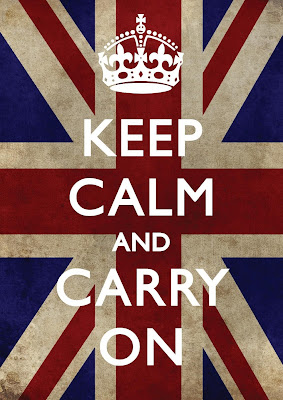 If you have been checking into book social media lately you will have noticed the many new book release posts. A side effect of the early lockdown overseas is that the usual Spring releases were delayed until Autumn and the Autumn releases are still coming out or have been delayed until next year. The first Thursday in September is when the books hit the bookshops and if you are a Bookseller in the UK that’s nearly 600 books being released today. As you can imagine that is a lot of books needing attention. (And not getting it!) Another side effect of this is that printers are snowed under trying to print the books.

Should we hold off writing and publishing until things get back to normal or is this the new normal? Rachelle Gardner has a she’ll-be-right post to soothe your anxiety.

Today the news that Simon and Schuster were on the sale block broke. S&S are number 5 in the big publisher lists. With the merger of Penguin and Random House into the behemoth PRH it was only a matter of time before another sales merger would happen. Who will it be? Publishers Weekly lays some smart money out.

Scammers have been particularly active lately in the Book World. One horrible scam that is attracting attention is the fake book publishing offer from a major book publisher. These people prey on dreams. If your friend tells you they’ve received a book offer from a big publisher ask them where the email came from. Writer Beware has screenshots of these offers which look like they come from Big 5 publishers… except for the odd email header.

China has moved to put the Beijing Book Fair online using smart technology. This is a huge move as the book fair has been getting bigger every year. In a surprise move, they have decided that the book fair will go for longer. How about a year-long book fair with free attendance? TNPS looks at what is on offer.

John Peregine has an interesting article on the Writers In The Storm blog about plagiarism. There are six types. Do you know the differences? If not, it could cost you a lot of money and a trashed reputation.

U.S. Independent bookstore Powell’s announced that they were quitting Amazon. Powell’s CEO likened the move to quitting smoking. Passive Guy takes a look at whether this is actually a good move.

Jami Gold has a brilliant post on the dark moment in your script. This is excellent advice and I found I was mulling over my protagonist’s actions wondering if I had properly hit the emotional low of the ‘all is lost’ plot point.

As I am writing this we are having an earthquake.  (5.7) We can get very blasé here about earthquakes as they are frequent. They don’t call us the shaky islands for nothing. But we are all a bit twitchy as this is the tenth anniversary of one of our biggest quakes and it’s 2020… what more can happen this year? Take a deep breath. Breathe Out.  Breathe In. Breathe Out. Let’s go calmly onward into September, the joys of spring… and stay positive.