Publishing News Roundup Series: How Much Promotional Material Should Be Allowed in Books?

You get to the end of a book and there is the chapter to the next book, or rather an intro to a whole different book of the authors.

I don’t believe any reader would be upset about this scenario, but many publishers wonder if too much of it at the end of a book could be a distraction, and maybe even a waste of paper if its for print. In self-pub, however, it does seem like a good idea. You’re a new author trying to get you name out there and you want readers to continue reading your work. On the other hand, reading should  be an enjoyable experience without readers having to get sales thrown at them every which way. So, the big question is: how much is too much? 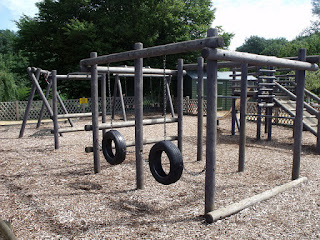 Pic: Flicker Creative Commons- Elliot Brown
Throughout the week I have been watching the same old issues make the publishing news… I thought we would be over #cockygate by now but NO we got #tiffanygate. A judge heard the opening arguments over why the trademarked word  cocky should stand… and ruled against but it doesn’t stop there. Jami Gold writes why every author and reader should care about this case and it does make sobering reading. You do need to read what she says.
While we are in the realms of people not playing nice with others, David Gaughran, (tireless justice warrior of the oppressed author) has taken a look at the new rules that Amazon has just rolled out over how much promotional material should be allowed in books. To save you scratching your head… promotional materials are extras outside of your actual story. If you include a chapter from your next book… sign up pages, pictures of all your other books… bonus chapters… whole complete other books the reader wasn’t expecting.
The new rules are an attempt to stop story stuffing- where savvy or unscrupulous authors stuff hundreds of pages into their books to gain more page reads and game the page read payout system. However Dave points out some scams that Amazon seems to have overlooked.
Anne R Allen has highlighted a few more scams that are targeting authors so take a look and be prepared to warn newbies about them. Because we are all nice supportive members of the publishing community aren’t we….
This leads on to something I have been closely involved with… the announcing of the shortlist for the New Zealand Book Awards for Children and Young Adults. I am one of the five judges this year who have been reading all the books submitted since December. And it was really tough. The two authors on the panel of five were left in awe of just how good the writers are in New Zealand. When you see book after book at such a high standard it makes you look at your own work with a more critical eye. Which is only a good thing. Settling on the shortlist was not easy. It is an experience I think all writers should do at least once. Either that or make it a priority to read the shortlist books and a few extra in your genre to see what I’m talking about. It is an education in the craft.
Over the years of the Indie publishing rise and rise, Traditional publishers have hung onto their flagship authors almost as a last bastion of their castle walls. Indie authors who have had great success, after being dumped in the great contraction of publishing houses earlier this decade, have warned that it was only a matter of time before Amazon snagged a big writer. So Patricia Cornwell’s move to Amazon took some people by surprise but not the Indie community- A new flagship series is on the cards for her fans.
Debbie Young of The Alliance of Independent Authors blog has a plea for all the writers out there. Don’t neglect to learn your craft. Marketing won’t save a bad book. She details what you should be looking at in your own writing to work out how to improve.

Sometimes you just need to get back to why you are writing in the first place. An inspirational quote can put things in perspective and help you refocus away from negativity. Now Novel has collected some wonderful quotes to challenge and inspire you.
Go forth and conquer….
Maureen
@craicer