The National Children’s and Young Adult Book Awards were announced this week, and indie books continue to be recognized among the finalists.

With about 20 percent of the finalists being indie books or boutiques, its safe to say that among the children’s book world, indie books still play a fair role. In other indie news, the latest Author Earnings snap shot had been released, revealing the significant difference in earning capacities between traditionally or indie published authors. Many wonder, with indie’s getting such recognition for their work, where is the money?

Where is the Money 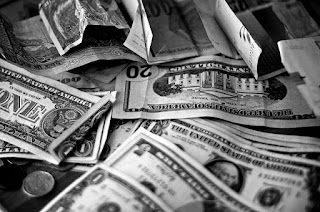 Pic : Flickr Creative Commons/ khrawlings
This week the finalists for the National Children’s and Young Adult Book Awards were announced. It is a big deal, as it is now virtually the only Book Awards for this genre left. The finalists have a nice mix of established practitioners and newbies. And I notice that we are continuing the 20% mark of finalists being Indie or Boutique published books.
This week the latest Author Earnings snap shot was being digested. And it has some interesting information. Around 50% of all publishing sales in the US are on Amazon. The Author Earnings team are looking across all publishing formats now. There is a significant difference in earning capacities if you debuted traditionally or Indie in the last three years. Porter Anderson looks at some of the stand out claims and compares them with Joanna Penn’s  publishing disclosure.
While you are digesting that have a look at Jane Friedman’s article on the myth of the print revival. Yes, children’s authors have been saying for years that it’s only the Young Adult franchises propping up print
publishing… With no big YA blockbuster what’s holding up print at the moment…
With Amazon striding like a behemoth across the publishing landscape what are its competitors doing? If you are watching Apple then this news for publishers may be what you have been waiting for. Just remember writers you are content creators. You choose what medium your content will be delivered
in. This makes more sense if you publish Serials on Apps or by subscription or Picture Book Apps etc etc. Apple may be quietly game changing your future here.
While you are thinking about content creation spare a thought for podcasting and audio books. Podcasting is another sort of content creation and this article looks at where it might be going and who might be poised to make an awful lot of money…. If you have been flirting with the idea of audio books, Jane Friedman has an interesting interview with a rising competitor for ACX.
In The Craft Section,
The Scene Outline Template– Bookmark also Fine tuning your writing style by  C S Lakin

The 10 beginnings that turn readers off

How to map out your fight scene

Turn your setting into an obstacle course– Angela and Becca -Bookmark

Mixing it up in your books using alternative media– Bookmark

In The Marketing Section,
How successful authors are using social media-

Are you ready to be an Entrepreneur– Bookmark

5 best apps for writers
Website of the Week
Taking a trawl around Katie Weiland’s website is always a rewarding experience. Whether it is a great blog post like this one –How to write faster and why you shouldn’t to her fantastic video writing craft tips to finding out she has written helpful workbooks to go with her Craft Books on Structure and Outlining. Check it out!
To Finish,
Molly Greene hosted an Estate attorney on her blog. This blog post looks at estate planning basics for the Self Published writer. However Traditionally published writers should be eyeballing this as well. There is lots of information to think about.
Slipping under the wire is a standout post on Non Compete clauses from Kris Rusch. This is a must read! (Yes these clauses appear in NZ. Especially from foreign owned publishing companies.)
Being aware might just save you money.
(P.S. The Write Stuff Story Bundle has only one week left to run. You can get to it from Kris Rusch’s site. I’ve filled up my kindle with writing craft books… and saved money!)
Maureen
@craicer