This week on our Publishing News Roundup series we talk about the bad behavior going on in the internet publishing world.

There has been some bad internet behavior involving Goodreads which we will be discussing. We will also be discussing Writer Beware’s most recent post on Amazon reviews. Here is the next in our publishing news series: 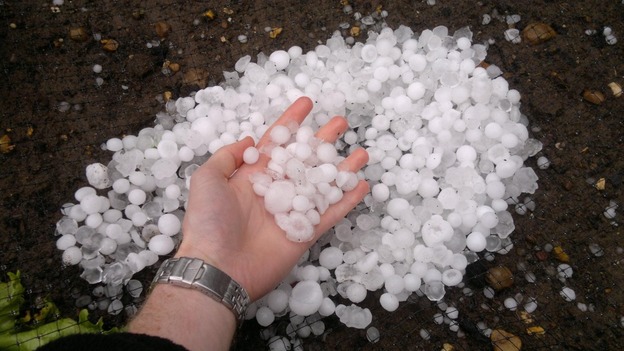 I’m sitting in a warm house listening to classic jazz and being completely distracted by the hail hitting the windows. I am supposed to be on a writing retreat. That’s where you run away to a distraction free zone and wrestle with your manuscript. As I write this Stormy Weather is playing on the stereo… and out the window. Honestly you would think I was writing fiction.
It has been a little bit stormy out in the publishing blogosphere this week.
There have been storms of internet bad behaviour over at Goodreads… which follows the Twitter storm over E L James last week. Anne R Allen has a great blog piece where she talks about the rise of the bullying culture among readers, authors and reviewers and what we can do about it. She quotes Anne Rice, who this week declared she ‘was fed up with censorship by troll.’
The Alliance of Independent Authors is promoting their ethical author manifesto and it has a clause about not engaging in troll behaviour along with other good acts of authorship.
Writer Beware has an interesting post on Amazon reviews. Amazon has been tightening up the reviews it posts because of sock puppetry and one star bullying behaviour but they may have gone too far in the zealousness. It all hinges on their data mining… and boy do they know a lot about you.
(Sorry just had to take a break to dance around to Louis Armstrong’s Aint Misbehaving.)
Mike Shatzkin takes a pot shot at the WSJ and the Guardian. This week they will both be publishing the first chapter from Harper Lee’s new book, Go Set A Watchman. Aside from the 1950’s era of journalism involved, Mike thinks they and Lee’s publishers have completely missed the point in getting readers for this book.
Nathan Hull of The Bookseller is lamenting the way the rest of the world is looking to the US subscription model woes as a reason not to go the subscription way. Subscriptions can work for authors and publishers if they realise that Europe is not the US which is still operating on a paper and print mentality.
Jane Friedman  always has interesting things to say. Here she looks at the P and L sheet publishers have to fill in before they decide to publish. Authors should also be aware of the Profit and Loss Sheet and how it impacts them.
In the Craft Section,
Two great posts from Janice Hardy –  Five edits to strengthen your writing and Setting mood and tone in your scenes.
What is your Narrator viewpoint?
Different types of tension– Ava Jae
Five important ways to add symbolism– K M Weiland
Seven tips for adding humour – Rhoda Baxter
73 ways to make a difference in your writing
In the Marketing Section,
If you are thinking about audiobooks in your writing future check out this interview by Joanna Penn with Jeffrey Kafer.
If you are interested in the latest cover designs, Shelftalker has rounded up this year’s trends in Y A. Hands are in…
For the design types… a discussion on the latest typography offerings for digital books.
Molly Greene on the 99c ebook sale.
How authors can use Mailchimp and the best ways to use Goodreads.
When your cover gets copied – what you can do about it. (Writers helping Writers)
Website of the Week.
Bob Mayer always has interesting things to say. This week he has a great post on outlining your novel. And for those people thinking about going to a conference in the near future here is his slideshow on how to get the most out of a conference.
To Finish,
Wimbledon has been on this week. They are sweltering in the heat.
Publishing Perspectives has an entertaining look at what it might be like if publishing was like Wimbledon.
Back to wrestling with the manuscript…
Maureen
@craicer