What is the actual cost of publishing?

We discuss how to measure this cost on this week’s Publishing News Roundup series. We will also be talking about James Patterson’s master class that is the talk of Twitter this week. Here is this week’s PNR series: 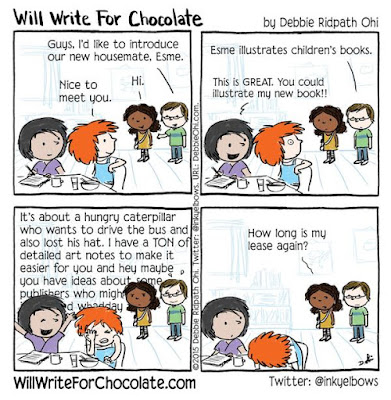 Pic From The Fabulous InkyElbows

This week two critiques of James Patterson’s Master class in writing bounced around my Twitter feed. One was from The Observer and the other from Writer Unboxed. James Patterson is a prolific bestseller who has a team at his publishers devoted only to his work. This year he started a fund for booksellers to encourage reading. Our local children’s bookseller was a lucky recipient. So a master class from him was always going to be interesting. It’s a huge bang for your buck. ($90US) I can’t help thinking that other writing craft gurus will have to lift their game.
The other topic to get bounced around this week was the cost of publishing. Joanna Penn has a critical analysis of her own writing business and six figure income. Kate Flora has a critical analysis of how much it costs to write traditionally. (i.e. with a Trade publisher.)
Nick Stephenson is also talking about the cost of self publishing but he sees it as a value….
Last week I linked to Steve Hamilton’s fight with St Martin’s press Kristine Rusch has an excellent post on this and the fact that had he done it in 2005 his career would be over… but authors who have done it have some tricks up their sleeves….
Porter Anderson takes a look at balancing Trad and Indie publishing interests. Whether you come in on one side or the other or are firmly hybrid, there is a lot of discussion in what way a writing career can go now. Porter mentions Deborah Cooke’s recent essay, What I miss about Traditional publishing, (very interesting) as he compares the two camps. Jaye Manus takes issue with some of Deborah’s ideas especially where she says that Indie publishers need someone to say NO that is not a good idea.
Elizabeth S Craig has a great post on publishing podcasts… She talks about her favourites and finds a few more from her readers.
Anne R Allen has an excellent post on social media… she is not a fan of email newsletters. She talks about the best way you can promote.
Have you heard about ageism in YA? A young writer points out that teens aren’t being listened to…

In the Craft Section,
What 4 agents are looking for in memoir– Alan Rinzler

Why your characters are boring

In the Marketing Section,
13 reasons why your novel query was rejected– Anne R Allen

How to market your books when you have a pen name.

Whether you are Trad or Indie inclined you still need to write a ripping good yarn. So here is the word from Bob Mayer – Finding the shiver effect!