Publishing News Roundup Series: Looking to the Future and Back Into the Past To Revive a Series

Everyone is looking forward to the New Year in books, but no one thinks about fixing up past works or ideas to put into the future.

A great example of this is rejuvinating a series, particularly after you fight for rights back after parting with a publisher. Some times these parts even happen mid series, which makes it most important to revive the series and give it a whole new look. Sometimes a new message when republishing the series is all it takes to make it the perfect new year for an author’s work and reputation. 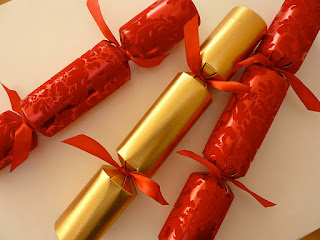 Pic: Flickr Creative Commons All Is Possible/wheatfields
This is the last roundup for the year. 2016 has been a bit of a rollercoaster with world events. Hopefully 2017 will be more settled.
Last week the folks at the Future Book conference were looking forward to publishing in the future. This is a gathering of publishing industry movers and shakers who try to do some crystal ball gazing for planning. Porter Anderson writes about what issues were discussed and the way that the ‘book’ is making a comeback. An interesting read.
Kris Rusch talks about unexpectedly getting her rights back on some books and what that means for rejuvenating a series. This is a hot topic for authors who are often abandoned by their publishers in mid series. (All the reports I’ve read is that series traction is on Book 5 and publishers are bailing by Book 3 just when it gets interesting.)
Two great posts on the Killzone blog this week. Larry Brooks on the Bestseller code– he examines that new book about how to make a bestseller and James Scott Bell on the Three Stooges of writing. Yes it is the Three Stooges!
Have you gone on a writing retreat? I go to a friend’s house twice a week to write. No internet…
no housework… no phonecalls… no distractions… It has been the best thing for my writing. Melanie Bishop writes about going away for long writing retreats and what happens to your brain, your soul and your writing.
Kelly McClymer talks about how and why you should be protecting your writing time. Sometimes it’s really hard. (This is why I leave the house… I dream of a little office every time I do the laundry.)

Planning Character arcs- Mythcreants. This is a fascinating look at how to strengthen your characters. Bookmark
Rival Archetypes for your novel –Who’s the best antagonist for your protagonist C S Lakin- Bookmark
Writing while traveling– best tips- If you are traveling this Christmas break- Do some writing on the side.
Developing themes in the inciting incident– Excellent discussion by Sara Letourneau- Bookmark
10 ways to write better plots– Now Novel- Bookmark. Also 50 Creative Writing prompts– Bookmark and Print out!
How to make readers deeply connect with your character –Jeff Gerke (Hijack their emotions!)

Bookmark the Subscriber Newsletters Report by Virginia King on Molly Greene’s site. Virginia studied author newsletters in depth and found out what works and what doesn’t.
Writers Win has a great roundup of Author Cross Promotion ideas – Get a group together and have fun! Bookmark
Tara Spaldings Book Title generator– for that Christmas writer game that just might generate plot ideas.
Joanna Penn talks to J Daniel Sawyer on audiobook rights. If you thought there was only one right to exploit… think again… and they talk about how overseas authors can get into ACX. (yay!!)
To Finish,
Janice Hardy and Jami Gold are two smart cookies and they have blogs with EXCELLENT writing advice. This week Janice posted a great blog about ways to fight the end of year writing fatigue.
Jami has an exhaustive list of great writer gifts. I’ve got some great inspirations from this list to give myself… and others. Check it out!
I wish you a Happy and Festive Holiday Break… with lashings of plot ideas and laughter and friendship.

I’ll be back halfway through January 2017.