The big five is now the big four.

Penguin Random House has purchased Simon & Schuster, which begs the question how will this affect the publishing industry overall? As the big houses slowly begin to morph into less and less numbers, are we moving toward near-publishing monopolies? What will this mean for authors, publishing professionals, and book sales? Is traditional publishing planning to go head to head with Amazon?

All Eyes On The Prize 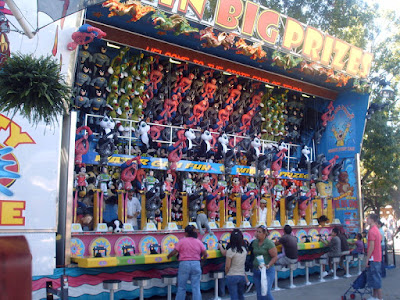 Over the last few months, I have posted the occasional news item about the sale of Simon and Schuster. Sometimes I have seen it as the old stag in the river surrounded by piranhas.

Each piranha wants the stag for themselves and is also trying to avoid being eaten by a bigger piranha. Yesterday I had a news item for you about Rupert Murdoch’s News Corp group with their eyes on the prize. Biggest piranha, I thought. This morning Penguin Random House bought Simon and Schuster by outbidding everyone.

They still have to go through regulatory approval because of monopoly, but as they’ve been through this before when they became super big PRH, it looks like a foregone conclusion.

What this means for everyone? Expect more disappearances of imprints, jobs, and advances.

This isn’t over yet with speculation that Murdoch could come back and outbid the $2.2 Billion offer. The prospect of a publishing duopoly is worrying for many in the industry. Already The Atlantic magazine is sounding an alarm about the industry’s future.

Meanwhile, there is speculation as to what their new name will be. Someone suggested going back to Random House as they keep buying random publishing houses.

This week I listened to Joanna Penn talking with Holly Worton on business mindset and author career. The interview is fascinating. However, the before interview is just as meaty with Joanna talking about attending the Future Book conference, virtually. This conference is aimed at Traditional publishers and Joanna talks about how far in advance of them Indie publishers are in terms of mindset and practice. Mind-Blowing! (You can only hear the beginning 20 minutes if you listen to the podcast.)

A few weeks ago I highlighted the practice of Audible encouraging customers to exchange their audiobooks for another when they had finished listening to them which meant that the author, narrators missed out on the sale even though their content was consumed. (The word I used was despicable – that was me being polite.) The backlash, protests, petitions, worked and Audible issued a statement yesterday saying they would no longer encourage this… and that they would only allow returns up to 7 days. However, it won’t be effective immediately so don’t count on audiobook earnings as a Christmas present.

Recently, Global English Editing shared an infographic of the world’s reading habits in 2020. It’s an interesting snapshot into who and what is being read around the world.

Hugh Howey was interviewed by Publishers Weekly about his deal with Houghton Mifflin to bring out the Wool series again. This is the trilogy that keeps on giving. Read the interview to see how Hugh straddles the best of both Indie and Trad publishing with this deal.

In New Zealand, one of our Indie authors had an article published recently about bucking the trend of the out of pocket writer. This is a great spotlight on our success stories who are quietly going about the business.

What should I write about– Now Novel- Bookmark

5 quick and easy ways to use book reviews

Promoting your book on a shoestring budget– Hayley Zelda

It’s the last week of NaNoWriMo and also the holiday of Thanksgiving.

Tonight I launched 3 books in my Circus Quest series with a small party at the children’s bookshop. I decided that I needed to mark 2020 with an acknowledgment that it’s been a tough one for writers and that we have still produced good work, despite the challenges.

So custard pies, candyfloss, cake, wine, and a clown were the order of the day. (and juggling lessons.)

Paula Munier wrote recently about writers keeping a gratitude journal. It’s a good idea. I was pleased to have writer friends and family who I hold deep gratitude for, sharing the wine and the gossip and the pina colada candyfloss.