As quarantine continues, Spring releases are continuing to be pushed back.

The solution now is to brainstorm how we can plan ahead, not knowing when stay at home orders will be lifted. If quarantine continues, how can we start up production again to maintain release schedules? Will this change to digital releases effect the publishing industry permanently?

Show Up Because The Show Is Online 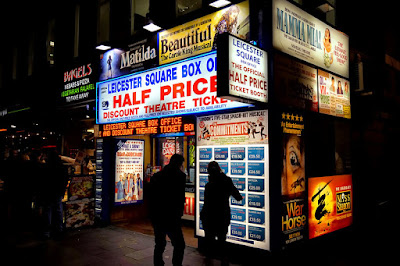 Pic: Flickr Creative Commons- David Skinner
Today we went into Level 2. The kids go back to school next week – which feels like a big win. I’ll really know it’s true when the house is quiet and there aren’t toast crumbs everywhere.
As I follow a lot of writers and publishers, I am very aware that life over in the Northern Hemisphere is very different. Many books have been delayed or published with hardly any publicity. Spring releases are being pushed back six months. Everyone predicts a huge bottleneck in September.
In May, the industry starts thinking of the big Spring book fairs. Bologna (held a month later) was online last week and they have just published their visitor numbers. Who was predicting a huge online visitor turnout? Their success is hopefully going to spur others on to make a bit more of an effort in the online festival space.
I was interested to see a Twitter conversation from an author about being rejected when they asked for payment for an online address. Their reason. They put just as much work into an online address as they do in real life so they should get paid. (ABSOLUTELY)
Online events are taking over the social space. Authors have to get used to talking to others through their computers. Esquire just published a big article looking at how different life is for authors now because of this.
The big children’s writers conference SCBWI is online this year. For a lot less than the usual sum, you can attend from the comfort of your own home. Although I did see an agent lamenting that the networking at online conferences was non-existent so why make the effort to attend.
The bottom line is if you want a vibrant industry in the future you have to show up at the hard times and keep plugging away.
This week Ask An Author wrote this post on how do you know when you’ve made it which was really saying show up, do the work and keep doing it.
Meanwhile, if you are still in juggling-the-kids-and-trying-to-write mode, Lit Reactor interviewed authors to find out some good survival tips.
In Industry news… IngramSpark has jazzed up its publishing dashboard. Along with some new features they are offering free ISBN’s now. (Just be aware that if you pick up a free ISBN you will not be recorded as the publisher of record. Whoever issued the free ISBN will be.)
David Gaughran has the rundown on Apple books finally making their publishing dashboard friendly to PC owners. That means everyone can publish direct with them now. Their royalty system if you are direct is very nice so I expect this will be taken up with cries of glee.
Publishers Weekly has been looking at the new changes in digital publishing that Penguin Random House are doing. As they are the biggest publisher around it is always interesting to see where they think the next big thing is…and it’s interacting with readers through big virtual conventions.
Kristine Rusch writes today of the freedom in throwing out her calendars for 2020 and reinventing her year. It’s a mindset change that may make all the difference to your mental outlook.
Jami Gold has an excellent post on breaking the writing rules. Will It Be Easy or Hard?
What is one writers’ never break rule can be another’s guideline. Are there any rules you shouldn’t break?

Rachel Thompson has been hosting NaNoProMo on her website and it’s chock full of great posts on book marketing – here are two excellent posts- Will your novel solve a reader’s problem by Janice Hardy and How to safely choose and use colours for your website by Nate Hoffelder. While reading, put your name in the hat for some great prizes from Rachel’s guests.
How to write a novel synopsis– Jane Friedman has updated this classic post.
3 reasons to embrace one-star reviews– Sandra Beckwith
How to market with a BOGO– Penny Sansevieri- Bookmark

I have been doing a lot of intense learning over the last few weeks in publishing design software. Going down font rabbit holes… learning to manipulate images… (badly.) David Gaughran has recently launched a YouTube channel and one of the first offerings was a great tutorial on Canva for Facebook ad creation. And then he showed in real-time other nifty sites all available in his handy blog post on 12 free graphic design tools. When I think how long I spent trying to remove a background last night and David just mentions a free site that did it at the click of a button…. I nominate him for Sainthood.