This week in the series we are talking about RITA and The Watchman refund.

We will also be talking about the author who yanked his book from St. Martin’s Press. Read the news below: 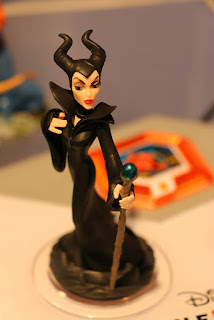 Pic: Flickr Creative Commons / Ricky Brigante – Malificent
This week doing the publishing rounds….
That RITA book.
That Watchman book refund.
That guy who yanked his book from St Martin’s Press.
There are plenty of sides to each story… though the RITA saga has left me scratching my head on how it even got published. (The RITA’s are the Oscar’s of the Romance world.) This book was nominated and finalled in two categories. Just dodgy on so many levels…
Then we have an Indie bookstore giving refunds for the latest Harper Lee book to disappointed readers. OK readers you were warned about the hype around it. You were told it was an untouched early MS… (possibly a money grab by the publishers.) The Guardian let off some steam around this.
This week’s epic marketing fail. So you think you have a pretty solid career with your big NY publisher. You’ve won awards, earned out etcetc. Then your latest book (with starred reviews already) gets yanked before publication. Heard it all before… but this time it is the author that has yanked the book because the publisher lied about the marketing campaign. (Takes writer guts to do it.)
Brooke Warner has written a piece about the lengths some Traditional publishers are going to control their writer’s marketing lives. Stopping writers giving endorsements to other writers being one of them. Isn’t it supposed to be a win/win marketing strategy?
Catherine Nicholls decided to try a little experiment and sent her novel out under a man’s name. The comments on this one are very interesting. When you know that there are more women in the publishing industry but a male name means the project gets looked at faster… um ?
The annual SCBWI LA conference wrapped up this week. Children’s writers who can’t get there drop into the official conference blog where a team of dedicated writers live blog the sessions. It’s always interesting. Grab a coffee scroll down to the bottom and live vicariously.
Publishing Futurist Mike Shatzkin has an interesting post today about the changing nature of publishing. He makes a comment about not seeing any of the big writers jumping from Traditional publishing which a couple of years ago everyone expected. And when are we going to see the United Artists model of publishing? (I’ve been saying for years that the Indie future is in the Bloomsbury model.) I wonder when we will get to say I told you so…
In the Craft Section,
4 steps for organising plot ideas– Jody Hedlund (Bookmark)
3 crucial editing phases
Self editing tips
Emotional wounds– when you accidently kill someone- Angela Ackerman
7 things that will doom your novel
Killing your darlings– Janice Hardy
5 Tips for making writing a daily habit– C S Lakin
What is your characters internal struggle– Margot Dill (Bookmark)
22 experts on overcoming writing challenges
In the Marketing Section,
Changing your marketing mindset– Elizabeth S Craig
Online Marketing strategy for authors – Mike Shatzkin (Bookmark)
When to use pre orders– Lindsay Buroker (Bookmark)
3 tips to improve your pitch –Janice Hardy
22 ways a blog can sell a Non Fiction book– Joel Friedlander
Website of the Week.
I drop into Elizabeth Spann Craig’s blog pretty much every week. Elizabeth is writing about her learning journey as she becomes a hybrid author. This week she had an interesting article about what Traditional publishing needs to get the Hybrids back.
To Finish,
24 things that writers know only from other writers and Writers need their own personal heroes Why? Check out these 7 reasons. (now go and make your list!)
Maureen
@craicer