Publishing News Roundup Series: The Change of Publishing Over the Decades

Publishing has changed a lot, particularly in the past decade.

We all know the rapid change of technology has had a huge influence on this, but there were many other factors that also affected this change. The loss of long time established publishing companies and bookstores, the increase in books published daily, and the boom of self-publishing has all played a part in this change. This can only make us wonder: what will publishing be like in another decade? 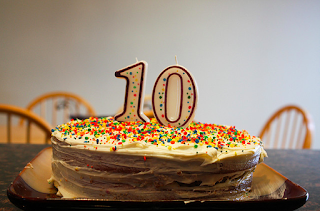 Ten years ago this week I started this weekly blog. I had no idea what I was doing but decided to learn as much as I could about this writing industry.  I have seen so much change it’s hard to remember that I started blogging just as the first Kindle was launched. That one device started a revolution. Books became digital products and went from being read on dedicated Electronic Readers to Smartphones.
Publishing went through a huge revolution along the way. Ten years ago I couldn’t have predicted the loss of established publishing companies and book stores. Now 70% of all books are being bought online and we see the rise of Independent writer publishers. Over the years collaboration amongst other writers for education and publishing opportunities have been vital to understanding this brave new world we are working in. From writing in isolation to being globally connected to writing tribes via Facebook and Twitter to virtual publishing houses it has been a fascinating ten years.
I have been following Joanna Penn’s writing odyssey with three other writers in New Orleans and reflecting on the nature of collaboration. Joanna likes to look at her career in writing in Olympic bites, every four years, to remind herself how far she has come.
Bologna was a busy fair according to Publishers Weekly. There wasn’t a break out hit this year. But everybody wanted feel good stories. I wonder why?
Penny Sansevieri has an interesting article on break out bestsellers and what you need to do to reach the dizzying heights of Number One.
Joanna Penn looks at deep diving into analytics to find out how to improve your sales on Amazon. This is an interesting read.
There is a new writing craft Storybundle out. Kris Rusch has put it together and there are some good books on offer in there. I’m still working my way through the great Storybundle from Christmas. If you are on the lookout for good textbooks on writing then take a look.
Over the last two days writers have been quietly seething on Twitter with the hashtag #ThingsOnlyWomenWritersHear. It’s funny and sad at the same time. Diana Gabaldon reported that her publishers said they couldn’t put her degrees in her bio because it would intimidate her readers… umm
Chuck has written an entertaining list of 25 things he has learned in five years and twenty books. (That is a huge workload…) Warning it is Chuck so go in braced and be prepared to laugh..
Erinna Mettler has an interesting article on working with the crowdfunding publisher Unbound. Ten years ago I couldn’t have seen this kind of publishing platform.

A plan for finding new readers
5 easy tips to grow your tribe
What are your subsidiary rights?- Janet Reid-Bookmark
Book Cover design– Reedsy- Bookmark
Two Great posts from Frances Caballo How to get your emails opened and
How to get Amazon to notice your book – Bookmark.
Making yourself the brand– Draft 2 Digital
5 ways Instagram can help writers

Have you ever been in the situation of not having the cash to buy the shiney new book but wanting to support the writer and/or illustrator. Debbie Ohi has a lovely list of things you can do to support your favourite writers besides giving them chocolate… (Chocolate is always welcome tho…)
Maureen
@craicer