Just because you can, doesn’t always mean you should.

On this week’s Publishing News Roundup series, we discuss how you know you’re the right fit for self publishing. In parallel with this, we also discuss the general pros and cons of self publishing: 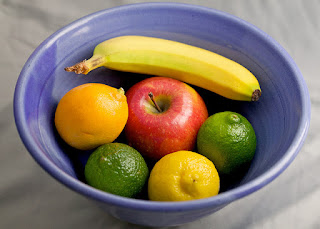 Pic: Flickr /Creative Commons – Dave Lenker
This week the theme of my weekly roundup seems to be which ever path you choose… choose wisely.
Jane’s Friedman has a great post on whether self publishing will get you a traditional deal. This has become a bit of a Cinderella story in the last year and a lot of people seem to be racing to self publish because they can… but whether they should is another story.  Porter Anderson takes a close look at the overselling of self publishing.
Kris Rusch has a great blog and is well worth reading frequently. This week she comments on writing by committee. It is a great read and I found myself nodding, having experienced it in the educational publishing world. Some times the ‘team’ can kill the storytelling aspect of the story. Kris then lists what you need to do to succeed as a writer. First get a reader, not a writer, to read the finished draft.
Joanna Penn has been at a crime writer’s conference and she was asked about the pro’s and con’s of self publishing. Joanna outlines honestly what she is thinks is the good and the bad and has advice for those people trying to make up their minds.
Jane Friedman has a post up on her blog about literary self publishing. Can you even do this? It seems to be accepted that the literary genre is steeped in the traditional publishing model. But really literary is just a genre and you can self publish it if you are careful about it.
James Scott Bell continues his series – Is our writing culture in mortal danger? This week he looks at whether it is a good time to be a writer. He says yes and then tells you why. Long live storytelling.
A great storyteller, Susan Kaye Quinn has a nifty post on the 5 tips for success as a self publisher. Susan has straight forward advice which can also apply to traditional publishing. Check out the webinar at the end of her post.
This week Google pulled books out of Google Play because of the pirating issues. But how come it took a huge Dutch collective to make them do something about it.
The Passive Guy has an interesting discussion this week on whether you should respond to negative reviews. Should you even respond to the good reviews? The comments are always where the discussion is.
In the Craft Section,
6 writing techniques learned at Storymasters
Story descriptions and depth in stories from the incomparable K M Weiland
Ten ways to tighten your writing – Kristen Lamb
How to develop your theme – Janice Hardy
Staying in character – the convergence of POV and voice – C S Lakin
Fun writing exercise – Joe Bunting- Bookmark
How to justify your writing time – Julie Duffy (Bookmark)
In the Marketing Section,
How to turn your novel into an audiobook
10 tips for choosing the right book title –Anne R Allen This is a Bookmark post!
Email marketing for authors– Tim Grahl (Bookmark)
Writing front and back matter for your self published book.
If you are really serious about writing for the market, check out this piece of software.
5 mistakes authors make with book bloggers – Molly Greene
Website of the Week
Angela Ackerman and Becca Puglisi started a little website (The Bookshelf Muse) exploring words that described emotion. Then the Emotion Thesaurus was born followed by The Positive Trait Thesaurus and then The Negative Trait Thesaurus. These books are fast becoming the go to indispensible books on the writer’s desk, right next to the dictionary. Angela and Becca have just launched their fourth book The Emotional Wounds Thesaurus… and it looks just as great as their other books.
To Finish,
A few weeks ago I had a link to standing desks… these are designed to help the writer be less sedentary and healthier. Writer Bruce Brady asks whether writers really know what a good back support system is. He gives examples. Today on Twitter this exercise regime was being passed around. Either you take care of yourself OR you face the consequences.
Maureen
@craicer