The romance genre is one of most successful in the business. It is also a genre that has the some of the most unique storylines, genre crossover, and highest sell rate. So why do we not know more about this?

The Art Of The Dare 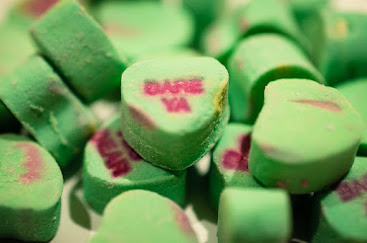 In The Publishing Blogosphere this week,

In rare book news today… The BBC reports on the find of year- The lost rare books that were stolen from an auction house. The heist was the stuff of spy movies.

How much do you know of the Romance Book Industry? If you asked the average reader, they might say not much. But do you know how big it is? Why don’t we hear about it? If it was on the stock exchange it would be as big as Apple…

Publishing Perspectives reported on an alliance between three nations, and opening up to anyone else, for a new green book consortium dedicated to the publishing industry supply chain. They intend to promote and publish books and events in the publishing industry to do with Climate Change. (Remember Climate Change?) This looks like an important stake in the ground for amplifying ethical practice and collaboration.

Mike Shatzkin took a deep dive into the interview BISG did with James Daunt on the plans he has for Barnes and Noble. Mike looks at what he did say but also what he didn’t and that should be more worrying. Has James missed a few important facts?

Recently Joanna Penn interviewed David Gaughran on her podcast. Any time these two get together is full of golden tips and ideas. Do yourself a favour and check out the interview. You can read the transcript here or listen to Dave’s Irish voice in the podcast.

Mark Williams of The New Publishing Standard (Happy 3rd Birthday) has been writing a nifty series on global publishing for the Alliance of Independent Authors. Recently he wrote about the big global book distributors, Apple, Google Play, and Nook and their reach across the world. This week he turns his attention to the biggest global book player… Kobo. If you want to learn about publishing around the world, start with these articles.

Recently the talk was Amazon wanting to start a bookclub. It seems that these are becoming a virtual rage. A startup has launched a Bookclub which they are basing around the popular Masterclass model. Techcrunch took a look.

Rachel Thompson has 5 strategies to help you squeeze more out of your writing time.

How to write a plot twist- Reedsy video – Bookmark

How to get reader reviews – Anne Meick

How to do honest and legal giveaways- Chrys Fey- Bookmark

Dean Wesley Smith has been writing for years. He has done everything you can think of in publishing, so he has a wealth of experience. He is most known amongst writers for his writing in the dark, style of writing, which many find useful. Here he shares his secret to why he is so prolific- Dare To Be Bad.