Traditional publishers tend to promise more to authors with the promise of more revenue. But where is this revenue going and why are royalty rates so low?

Royalty rates are how writers and illustrators alike make their money while they are working toward their next project. Some authors only rely on writing as their singular career. With such low royalty rates, how will they be able to afford basic life expenses. If publishers promise to take care of them, then why are these rates so low? And where is the rest of these author’s hard work money going?

Writing Under The Spotlight 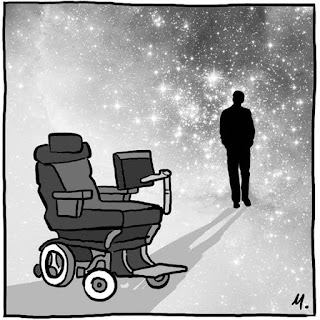 The UK Society of Authors have been asking questions, pointed questions, about where the profits are going in the big publishing houses and why the royalty rate is so low. Porter examines the arguments and
chats to those in the middle about what they can do about it.
I have been thinking about serialised novels lately. Dickens made a killing with them and they have gained popularity amongst time poor people. The serial podcast along with the episodic audio book are transforming people’s commutes. The Guardian opinion piece looks at the rise and rise of this form of writing.
Jane Friedman is publishing a new book On The Business of Being A Writer. She gathered some writers together and sent them to the Association of Writers and Writing programmes – the biggest literary conference of the year. They reported back on a variety of interesting keynotes on tips and advice for the writing business.
The Alliance of Independent Authors have been shining a spotlight on various members and this week it was Elizabeth S Craig’s turn. I often refer to her great blog. If you have ever wondered who she is and why she is so successful check out this interview.
Successful publishing depends on writing the best book you can and getting the word out about it. Digital Pub has 7 strategies and 94 tools that writers can use to get the word out and Michelle from Random Writing Rants has the ten key ingredients for writing an effective blurb. These are both BOOKMARK posts.
Debbie Ridpath Ohi is a great illustrator. She is also a stellar human being who creates and shares many resources with the writing and illustrating community. She has been working on PB templates which are available Free from her website.
Do you consciously write to a reading level? Randy Ingermanson (the Snowflake Guy) recently blogged about the ideal reading level of novels. Did you know that bestsellers are written with a 10 year olds reading level? Randy shares other interesting facts about novel readability.
What actually matters to your reading audience? Are you missing the point completely when you write those indulgent scenes? Cathy Yardly of Writer Unboxed examines what are the most important things that readers look for in a novel.

How do you know what kind of writer you are? Gretchen Rubin developed a test that divided people into four tendencies. Upholders, Questioners, Obligers and Rebels. Where your greatest tendency is, there you will find your biggest challenge as a writer.
The world lost a towering figure this past week. Stephen Hawking opened up new ways of seeing the cosmos and the future of technology and space. He defied the odds and a crippling disease and showed that nothing should get in the way of ideas. His mind and sense of humour were sharp right up to the last day. This quote was on the front of Cambridge’s Daily Paper. ‘ However difficult life may seem there is always something you can do and succeed at. Where there’s life, there’s hope.’