Authors work hard on their writing. The bestseller list is their chance to prove their value.

Which is why it hurts so much more when they are cheated out of their top bestselling spots. A position they have worked hard to earn, and their readers have worked hard to give to them. When the bestseller list is rigged, isn’t just about it being unfair. It is about denying the opportunity to an author who rightfully deserved their spot. It is great to have a bestselling book, but what is it worth if you didn’t truly earn it?

Publishing By The Numbers 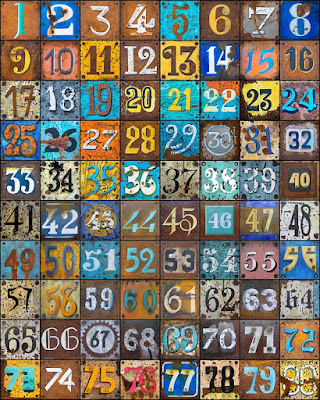 Pic: Flickr Creative Commons- Andy Maguire
This week in publishing there was a fluttering in the inboxes as Indie Publishing superstar and author educator guru, Mark Dawson, was accused of gaming the bestseller lists.
The Guardian reported the story and many authors on Twitter were quick to cry foul.
However, there are always two sides to the story. As Mark said today on Facebook- If I was gaming the system, I wouldn’t have announced it on one of the most listened to indie author podcasts.
It was a marketing risk as he was wondering how he could get the book into the top ten when it came in at number thirteen. It was this discussion on the podcast that Mark had bought 400 copies of his Traditionally Published Hardback release of a seven-year-old thriller, so he could make them available to overseas fans who wanted a signed copy that started the whole drama.
Nate Hoffelder talks about the drama and the Sunday Times bestseller list and the shock of how few sales you need to make the list.
Nielsen’s pulled the book from the list this week citing ‘they misunderstood the intentions of this sales transaction.’
What does it mean for authors? Mark will probably break it down on the self-publishing podcast as he is very open and transparent with his publishing business. As an Indie author who cleared over $1 million from his book sales last year- spending 3,600 pounds on 400 books has got him two Guardian feature articles – name recognition- appearances on bestseller lists. Discussions on social media… it could be a publicist’s win and money well spent.
Anyone can bulk buy a book in launch week for a variety of reasons. An epic book launch party can get you on the NZ bestseller lists. Mark went to his local children’s bookshop to order the books, so they got some love.
Will this change the rules of making the bestseller lists?
Are the rules different for publishers and authors who publish? Lit Hub has a breakdown on the myths of both types of publishing models.
David Gaughran has an interesting article out about the elusive A9 algorithm. There have been many people who have been trying to convince authors to part with money to learn the secret of the Amazon search engine… David, fierce defender of the battling author, tells you the truth about the scam.
Publishing Perspectives has an interesting article about reading patterns in the pandemic. People are still wanting to get physical books. Is it the book smell they crave?
Publish Drive has been flirting with the subscription model of author services for a while now but now they are going all in. David Kudler talks about the advantages for the author with this model.
San Diego Comic-Con has been turned into a virtual event. The Comic-Con is one of the biggest events in the Entertainment world and is huge for Graphic Novels. With the Con circuit going virtual Graphic Novelists have to come up with other ways to get noticed.
While we are on graphic novels this comic appeared in my Twitter feed. This is a must-read for the way it educates about a psychological effect that unconsciously colours your whole world view. Powerful storytelling! It is nominated for the 2020 Eisner Award.
Kris Rusch writes a part two about Brandon Sanderson’s $5 million Kickstarter. If you didn’t read last week’s post –check it out so you know the background. Brandon still has two weeks to go. Have you ever thought about a literary crowdsourcing community?
The latest Writers Thesaurus is out- The Occupation Thesaurus. Jami Gold has a great article on the story impact of your protagonist’s occupation. Are you using all the useful nuggets that you can? Congratulations Angela and Becca on another great addition to the Writers Thesaurus library.

Two great articles from K M Weiland- How to put suspense in your story and a great primer on story structure. – Bookmark
6 things that get you stuck in writers’ block– Sean Platt- Bookmark
Monitoring your progress as a writer- Rafal Reyzer
Writing influence characters- September Fawkes – Bookmark
Dinkus- 6 ways to use them.- (hands up if you know what a Dinkus is.)- Now Novel- Bookmark

How to make an online bookstore– Darcy Pattison- Bookmark
Is your book in the limp-a-long merry-go-round?– Judith Briles
Publishing Timelines – C S Lakin- Bookmark
How not to waste your valuable time guest blogging– Nate Hoffelder
Where to get free illustrations– Bookmark

Have you ever thought about co-writing a book? How hard can it be? You get together with a writing buddy, plan out a story, book a beach house, and write like crazy. Recipe for success- Yes? Greta Boris writes a great article on how to co-write a novel and remain friends. It’s not easy but it can be fun if you put all the planning details in a document you both agree on first.
Maureen
@craicer