When an agent just contacts you on LinkedIn, sometimes it’s not luck-sometimes its bad luck.

These days a lot of people get found on social media. Why not authors right? What’s the harm in that? Well, the fact is that there is harm if you aren’t careful. This week we’re talking about a Writer Beware article that warns against false author agents who contact you on social media, in particular, LinkedIn. Though we know how important it is for you to want to get published, make sure you check out Writer Beware for common first time author mistakes before jumping into something: 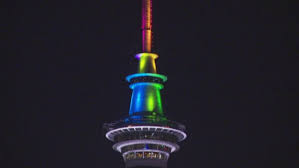 Pic: The Auckland SkyTower
This week one of my friends was surprised by an ‘Agent’ who reached out to her on her Linked In account. Of course an agent is going to contact you out of the blue in this way. Yeah Right! My friends immediately did a Google search and up popped a Writer Beware notice. Writer Beware is a great site sponsored by the Science Fiction and Fantasy writers. This site covers scams, bad agents, agent scams, publisher scams… shonky contracts… it is a minefield out there. If you get contacted by an ‘Agent’ be very wary. Google first. And search their name with Writer Beware and Preditors and Editors.
Anne R Allen has made a list of Facebook scams targeting writers. It’s not pretty. I’ve seen most of them in the last six months. If it is too good to be true… then it’s not legit and you could be opening yourself up to hacking or malware or both.
Staying with scammy stuff the writers who entered the Star Trek writing contest got an email that asked them to work with Simon and Schuster’s self publishing arm Archway Publishing. This is a front for Author Solutions. If you have not heard of Author Solutions then you must read this article by Dave Gaughran. When you see the list of reputable publishers using them it will make your hair stand on end.
Kris Rusch has another great post on contract negotiation as part of her deal breakers series. All writers should be reading this series. Forewarned is a forearmed. Knowledge is power… you get the drift!
The problem of distribution for Self Publishers is a tricky one. Meghan Harvey has written a clear article of the problems. Some of her commenter’s have some innovative solutions.
This weekend Tumblr is running a mini Bookcon. If you need some inspiration or a way to fill up a few hours check out the great speakers.
Last week I linked to the latest Author Earnings breakdown. Joanna Penn has decided to break down her earning for the last year and show you what she has been doing and what worked for her. This is a generous post. She lays it all out. It is thought provoking and impressive. Thank you Joanna!
In the Craft Section,
Two Bookmark posts from Janice Hardy
How can you tell if your idea is worth it?
But what are you really saying – subtext
K M Weiland-Character goals
10 do’s and don’ts on seeking feedback– Jenny Nash
Balancing dialogue and description – Jane Friedman
10 ways to keep your reader enthralled
The Awesome Duo of Angela Ackerman and Becca Puglisi have two new thesauri to add to their Writers Thesaurus collection Both on Setting – Rural and Urban. Angela even went to the trouble to get arrested so she could authentically write about the settings. (not for real) So they have some great posts on Setting- Building a story garden and Level up your setting to celebrate the new books.
In the Marketing Section,
Checklists Cheatsheets and Worksheets – The Book Designer -Bookmark
13 ways for authors to use Twitter lists
The importance of your author photo
Tracking ebook links– Bookmark
Planning your Social Media calendar -Writers in the Storm -Bookmark
To Finish,
Voice is one of the hardest things to describe, to write and to nail in a novel for a writer. Every so often I get asked to look out for an article that can help writers understand voice. Chuck has a guest post by Cassandra Khaw on just this and it is a knockout.
When scammers and pirates want to stop your voice being heard it is hard to rise above it and sing loud. But writers need to do this. We speak for those who can’t. We can change attitudes with our writing. This week a hate crime on a huge scale in Orlando tried to stop the LBGT community and the world amplified their voice.
It’s your voice! Write it!
Maureen
@craicer