Below we have some great weekly news stretching from a tribute to the recently deceased fantasy author, Terry Pratchett, to advice on how to successfully write a book with multiple POVs.

Here the next in our Publishing News Roundup series: 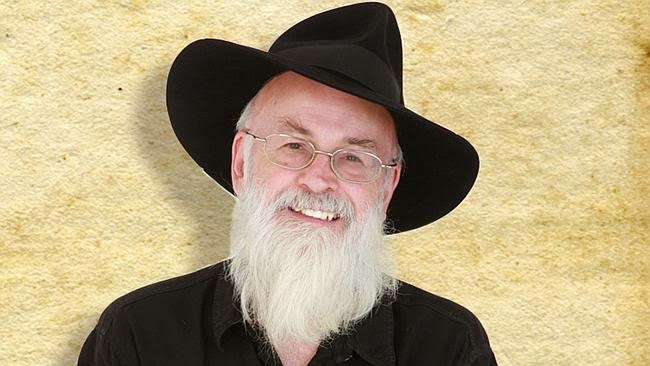 Last week I had to come to terms with the fact that writers
are mortal, that the world you loved to visit in a new book by a favourite
author would be forever frozen. There would be no more adventures in Discworld.
I enjoy Fantasy and SciFi or as they are increasingly being called SPECulative
FICtion.* When you have read every children’s book in your rural town library
by the time you are 11 then the only thing left is adult books (boring) or wild
imaginary stories set in far away places. I didn’t come to Discworld until my
30’s when I discovered he wrote Satire… and I was hooked. So I thank Sir
Terry Pratchett for the immense pleasure and laugh out loud funny lines and his
headology – the gentle wry take on the human condition. The Guardian has a wonderful tribute article on Terry’s legacy and there is a nice bit of news about the last Discworld book.
If writer’s for adults know that it is challenging to independently
publish a book then children’s writers know the hoops that you jump through are
ten times more challenging. We are always on the lookout to find outliers who
have taken the plunge to find out what works and what doesn’t. Jane Friedman has an article that looks like the definitive 101 guide to self publishing achildren’s book.
Jane is also conducting the Author Say survey and Phillip
Jones of The Bookseller takes a close look at the midway results on what authors
are saying about traditional /indie support and attitudes. It is a great snapshot with some surprising twists.
Some projects will fit better in different forms of publishing.
Janice Hardy examines the Pro’s and Con’s of Traditional vs Indie for a good project fit.
This week there was a rumpus on Twitter responding to an essay challenging people to read books by everybody other than straight white males for a year.
The trolls were out ready to march on Koom Valley again when Neil Gaiman pointed out the author had a valid point.
The enemy isn’t men, or women, it’s bloody stupid people and
nobody has the right to be stupid. Monstrous Regiment – Terry Pratchett
In the Craft Section,
Angela Ackerman has two posts that are her usual nuggets of
excellence, tips when writing multiple POV’s in your novel and using the
excellent Emotion Thesaurus to help you find mirror midpoints in the middle of your novel.
3 questions to ask when you start cutting your manuscript.
The role of desire in your plot… You had better be having
some or the reader will disengage. (bookmark)
One important thing writers forget to do…
Two great posts from the Killzone blog – Crafting subplots and
How to write a Young Adult novel.
K M Weiland has wowed everybody again with a story structure database... Drop in and check out all the books and movies she has analysed for
structure. You will learn so much. (bookmark)
It’s still magic even if you know how it’s done. A Hat Full
of Sky– Terry Pratchett
In the Marketing Section,
How to build a website in one hour.
How to translate your book.
How to polish your writer brand.
How to use an email list.
8 ways writers can be more reader friendly.
Jane Friedman interviews a group of literary authors about
how they went about getting a box set together of their self published work.
There is a new kid on the block in terms of marketing and it
looks really interesting. Thunderclap. If you harnessed all those people who
would come to your book launch from all around the world in one place at one
time…
Always be wary of any helpful item that weighs less than its
operating manual.  Jingo – Terry
Pratchett
Website of the Week
Anne R Allen has a great blog of tips and advice. Here she
has the definitive guide for writers on how NOT to sell books. Spend some time
on her blog trawling around she has lots of great stuff.
Sometimes it’s better to light a flamethrower than to curse
the darkness. Men At Arms – Terry Pratchett
To Finish,
If you keep April 15th and 16th free you can virtually attend Indie ReCon which
is going to be bigger than before. The Indie Recon conference is a free online
conference that is just packed full of awesomeness. This years program had me
seriously thinking about running away from home to a motel for 3 days by myself
so I could attend virtually every one of the sessions. (If the motel was in
London I could also join the meet up day.)
*Stories of imagination tend to upset those without one. –
Terry Pratchett
Maureen
@craicer
PIC The Master Storyteller who will live on virtually… and isn’t that just the best tribute….R.I.P.