Publishing News Roundup Story: How Much Do Readers Influence What Author’s Write?

What content is in your book can affect how readers perceive you and your writing.

But should their judgement decide what you write? This is a difficult question. An author writes for its readers and ultimately they are the ones supporting the authors ability to write. But how much does an author want to please them, while still being able to express them self?

Whose Attitude Is Right? 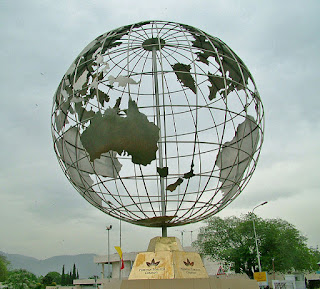 Pic : Flickr Creative Commons Guilhem Vellut
Around the publishing blogosphere…
This week was unsettling on Social Media. First there was the big Twitter pile on
about a forthcoming book from Young Adult writer, Amelie Wen Zhao.
Amelie was about to publish her debut novel. As authors do, she drew on her upbringing
and culture from her own country. She has a 3 book deal with a traditional publisher in the USA.
She was forced to ask for a delay in publication due to the backlash on social media
about content in her book.
From what I could see as the Twitter rage grew… many commenting had not read advance copies so did not know the context but raged about it anyway. Many immediately took the author to task for seeming to use American historical events badly in her fantasy.
For writers from other countries watching this rage fest unfold on Twitter it was deeply unsettling. The rest of the world has stories to tell of slavery, human trafficking happening now or in the past. Other cultures experiences of this is just as valid to use as a basis for a fantasy book. Do we always have to use and be mindful of the same western viewpoints in an age where stories are shared globally with the click of a button?

While writers and commentators were getting steamed up over a fantasy book,
publishers and agents were getting spooked by the story broken in
The New Yorker of a prominent writer and editor who seemed to have based
all his credentials on a fantasy life. As the events in his fantasy life were exposed
it read like the famous novel The Talented Mr Ripley. The writer/editor had relationships
everywhere and there will be many people in publishing feeling they have been
the townspeople in The Emperor’s New Clothes.

Another big story this week was the subscription service
Scribd passing 1 million subscribers. Publishers have been flirting with subscription
services for a while. Amazon has what could be the world’s biggest with Kindle Unlimited
based mainly in the USA but that leaves Scribd with the rest of the world…
and they have lots of plans for growth.

Another publisher with global ambitions has just opened publishing portals in another
21 countries over 6 continents.
Italian based Streetlib seeks to publish everywhere that has an internet connection,
in any language, in any format.
If you are a writer in Lesotho or Nandi, writing in your own language…
Streetlib is for you. Among the new countries just enrolled in their publishing
portal are Fiji, Australia and New Zealand.

Amazon is looking at the rest of the world and thinking hmm great kids books in
other languages- they need us. They are opening up their Amazon kids publishing
arm to translations.
Meanwhile Google is contracting- with Google Plus set to disappear by April.
And so we come to Kris Rusch’s last blog post looking at the changes for publishing this year.
It has been an fascinating series. If you haven’t been reading her posts you are missing out
on learning about this industry. Last week’s post is a must read!
This week Kris talks about the attitude change in publishing.

To Finish,
We are living through major changes in our climate and our perceptions

and understandings of our place in a global village.
The internet has opened up the democratisation of information across the world.
For the author having an online presence is essential. Careful curation
of your digital presence is important.
Anne R Allen takes a good look at mistakes that authors have made in
their online presence and how to fix them.
Remember that gossip is not restricted to your own village now,
it can spread throughout the world with a click of a button.