The results for the National Librarians Children’s Book Awards are here.

On our blog this week, we discuss the results- some expected while others a bit surprising. We will also be discussing the Tinderbox Conference as it opens for registration:

A Week Of It 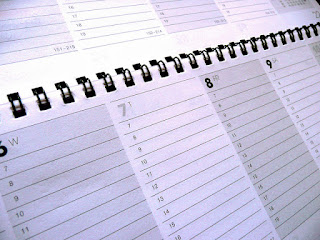 Pic Flickr /Creative Commons/ photosteve101
Such a busy week, Monday started with the  NZ National Librarians Children’s Book Awards. A great night with some expected and unexpected wins. The Hells Pizza chain committed to another year of sponsorship. These are the only book awards left in NZ with sponsorship.
Then Tuesday night our Tinderbox conference opened for registrations. The team gathered to toast the opening and watch the screen fill up. Some workshops are close to full already less than 48 hours later. It looks like we got the mix right with hands on workshops on writing and illustrating, marketing, tax, contracts, editing, presenting, school visits, self publishing, copyright and translation. Phew. After adding in various dinner and wine events, we all needed a lie down before we opened for registrations. We might be fully subscribed in less than a week.
This week Amazon changed their Kindle Unlimited pay per borrow rules. Now it is pay per page read… The sky is falling ran the comments on Social Media. Hugh Howey shook his head and launched into finger waving as he called out the worst nay sayers. Hugh doesn’t think there is a problem at all. Porter took a more measured approach with comment from lots of sources… Do you want one entity to know so much about your reading habits?
Also this week the Authors Guild launched their fair contracts for writers campaign. Its time to let the public know just what can be stuffed into
a writers contract. Porter talks to the new guild president and finds out why they are calling on readers to back the authors. Frankly the increasing prevalence of harsh non compete clauses deserve to be exposed as unethical and
unreasonable bullying.
The lovely Janice Hardy has a great post on can we know too much about the publishing industry. here she outlines three mindsets and encourages everyone to find what inspired them most to start writing. Sometimes you need to block out the publishing world.
Smashwords launched a nifty addition- pre orders across the board to all their outlets… and you don’t need the product ready.  You can use your pre order date as your writing deadline. Mark Coker explains all in his blog today.
In the Craft Section,
Tiffany Reisz on dialogue – Great Post
K M Weiland on Character goals
Different Story Starters
The Seven Sins of World Building
10 Simple keys to Story Structure– (Bookmark)
Complex Book Plotting – Great Post
Creating Menacing Antagonists
Writers Block – ways to combat this.
Joanna Penn interviews Jen Blood on Editing (Bookmark)
In the Marketing Section,
How to get readers hooked from your e-book sample
How to Design a great e-book without design skills
Anne R Allen on dos and don’t for author bloggers
E tools for freelancers (comprehensive list)
Free Marketing tools.
Website of The Week
Writers In The Storm have a great website with interesting resources and articles. This article by Susan Spann is from earlier in the year on protecting your copyrights online.  Always relevant!
To Finish,
Joanna Penn interviews Nathan Meunier about gaming and writing and some very exciting software that allows you to write a choose your
own adventure book and turn it into a game…
And the week isn’t finished yet!
Maureen
@craicer