Amazon took the lull in sales this week to close its doors and change its set up. Price and star rating is now at the forefront of the rows, paralleling the style much to its online stores. If this helps with online purchase, will it be just as effective in live stores? 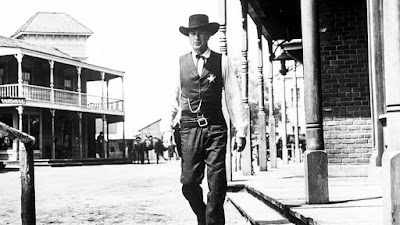 This week has been quiet as everybody hunkers down to write 50,000 words.
Amazon quietly closed its brick and mortar stores for a week and made changes. Instead of the books being face out as they were displayed before many are now spine out… and they now sport nifty e-ink price signs showing price and star rating. What are they doing with all the space they’ve freed up? Book tech.


In the showdown between libraries and McMillan publishing Who will blink first?
McMillan’s first salvo was to limit E-book copies, ramp up the price, and delay availability.
Libraries see it as an attack on the vulnerable who can’t afford the huge prices to buy print or can’t read them. (E-books have an audio capability for those with sight problems.)
Libraries are now refusing to stock McMillan titles…


How many authors have thought to themselves about changing their name to Anonymous… Imagine all the books you could say you wrote.  Publishers Weekly reports that Hachette have been warned by the American Department of Justice about the publishing of A Warning by Anonymous.
They want copies of non disclosure agreements and work histories of the Anonymous author who is an official in the White House. But will Hachette give them up? Great publicity for the book due out soon.


Also in Publishers Weekly an opinion piece hads been shared around the virtual water cooler. We need diverse editors. This shines a spotlight on the problem of diverse books being ignored because the editors lack the understanding to champion the stories effectively.


Tara Sparling has been writing a hilarious series on book blurb writing… Here she is with part three. Short fiction and self help.


As a writer for children I keep an eye on what is news in the wider children’s publishing world.
An interesting article caught my eye about the lack of teen books. What do you give the good readers who are 11-14 and have read everything in their school library? They don’t want romance issues, love triangles or very bad language…They don’t identify with upper YA who are 16 plus. A gap in the market apparently. (I was this teen- I discovered Sci Fi and now I write it for this gap…)


Eric Carle at 90 has just signed away his whole lifes work to Penguin Random House. This article from Publishers Weekly was interesting as it talked about the IP (Intellectual Property) of the Carle estate. Why do you think PRH wanted it…think of the merchandising. Coming on the heels of another in depth post by Kristine Rusch on how writers have been conditioned not to expect a fair deal on IP and I just wonder who got the better of the deal, 90 year old Eric or PRH.


Jami Gold has another top notch post for writers looking for good resources to help them during the November salt mine tour of duty.


In The Craft Section,


Should you have exposition scenes– Go Into The Story


In The Marketing Section,

When you need a blog post idea fast– Edie Melson


How to use mailerlite for authors– Frances Caballo- Bookmark

Craft Books Galore! Prolific works have put together 51 craft book resources for the NaNo WriMo author, and they are all free… but you need to hand over your email address and then find the time to study the books.
Have you thought of collecting your must have desk items into an exclusive store for your fans? Check out what one writer is doing with the Kit website.