Whether it is male authors expected to write specifically for boys, or female authors who are discouraged or expected to take pen names when writing for a male audience, there are particular gendered roles expected from children’s authors. How can we get past this to open up all types of writing for all authors? 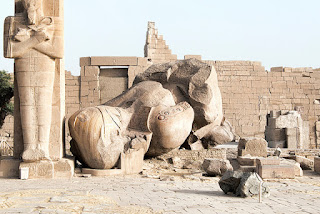 Pic Flickr Creative Commons- Christopher Michel
I wondered if I should make a comment about the revelations in the children’s literature community this week. At first I thought No but as the ripples have become king tides I thought that people might wonder why there is no reference to this weeks biggest story in publishing. Children’s writers are human. They are put on a pedestal as special guiders of behaviour, decorum and models of decency for ‘they influence children’. You want to know that the books they write have no hidden fish hooks and are wholesome enough to give to young developing minds. (Teachers also get these labels.) Most children’s writers are women. (SCBWI figures put it at 9 out of 10) The males often have the added burden of having to write specifically for boys to encourage them to read. This makes them more likely to speak at conferences and festivals and libraries. Women writers are working just as hard to lift boys reading rates but they are often asked to change their name or ghost write or use initials to make their stories palatable to a male audience. They don’t get the same level of invites. (As for POC, they are often invisible.) So this week to have a major news story about the sexual abuse meted out to women in the children’s literature community felt like a body blow. Publishers Weekly tried to take a calm tone… but now the stories are being confirmed and corroborated and Agents are distancing themselves or dumping clients. A good reminder to writers that everything you do is in the public eye and if you fall off your pedestal you don’t just hit the ground… you bury yourself in a huge crater of snakes and molten lava is poured on top.
In other news,
Joel Friedlander of The Book Designer has been looking at the nuts and bolts of print publishing for a long time. He is seeing a shift in the way authors are now viewing print and he has some advice about when you
should consider using offset printers instead of Print On Demand.
Has Instagram saved poetry?  Publishers Weekly seems to think so. I wonder if the Poets
agree?  I bet if Byron was around now he’d be on Instagram…
Anne R Allen has a guest post on her blog this week from a creative writing teacher. I had to laugh when I read it… this fits exactly what friends who are writing teachers have to contend with. Read and weep with
laughter.
Joanna Penn interviewed Becca Puglisi about the latest thesaurus – Emotional Wounds This is a great interview.  You should check out the book too.
In another writing craft interview Michael Hauge and Will Smith talk about the four must haves in storytelling. (Yes, that Will Smith)
In The Craft Section,
Master list of story development skills– Jami Gold- BOOKMARK!
How to introduce characters and Movement and action in dialogue-2 great posts from Now Novel Bookmark Both!
Banish interruptions in your writing time and Writing introspection– Writers Helping Writers guest posts from Colleen Story and September Fawkes- Bookmark
How fan fiction helps your writing– Mythic Scribes
Trusting your process– Lauren Sapala –Interesting essay
In The Marketing Section,
8 ways to tell if your site has been hacked– Digital Reader- Bookmark
65 book marketing ideas- Mark Coker- Brand new FREE updated book from Smashwords founder. (Mark has been podcasting sections of this book this year.) Grab it!
Finding and researching agents step by step
Avoid Book Marketing traps –Penny Sansevieri Bookmark
Author Platform Cheat sheet– Bookmark
To Finish,
Valentines day was this week. Have you ever thought of writing a book with your life partner? Alli interviews husband and wife team Charlotte Zang and Alex Knudson about how they make it work.
This week Angela Ackerman and Becca Puglisi celebrated ten years of The Emotion Thesaurus… AKA The Bookshelf Muse. Ten years and six plus books later they are the must have authors on your writing desk. Angela and Becca have a special message to all their fans. Congratulations Team! (Raising a glass for your next 10!)
Maureen
@craicer
Pic Flickr Creative Commons- Christopher Michel
Ramesseum in Egypt. The Ozymandias Colossus:
I met a
traveller from an antique land,
Who
said—“Two vast and trunkless legs of stone
Stand in the
desert. . . . Near them, on the sand,
Half sunk a
shattered visage lies, whose frown,
And wrinkled
lip, and sneer of cold command,
Tell that
its sculptor well those passions read
Which yet
survive, stamped on these lifeless things,
The hand
that mocked them, and the heart that fed;
And on the
pedestal, these words appear:
My name is
Ozymandias, King of Kings;
Look on my
Works, ye Mighty, and despair!
Nothing
beside remains. Round the decay
Of that
colossal Wreck, boundless and bare
The lone and
level sands stretch far away.” – Shelley